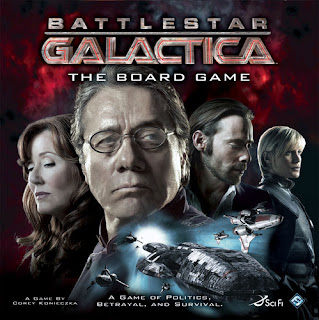 Hello Blogosphere, t'is proof I'm among the living yet.

Anyhoo, for a while now, I've been pondering the several approaches one could take to mechanically representing force fields, personal shields, barriers, what have you. Some of this thinking first came from thoughts on how shields would come into play for a Mass Effect campaign setting, but would it become too fiddly to track, especially on multiple opponents. So it became the question; what could I do?

An obvious, easy and unobtrusive direction would be the 'plus' bonuses to armour, as if magical in classic DnD, subtracting from the foe's attack throw. It keeps things simple and abstract, and what would be better in an abstract game?

But that was not the direction I sought, no. The players needed to really feel the effects of a kinetic barrier, especially when fighting the Big Bad Evil Guy of the Week, or other tough opponent. And simply 'missing' their attack rolls round after round makes players feel cheated, as if their attacks simply do an absolute zero. 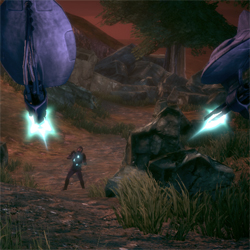 The first real attempt was instead, borrowed almost whole cloth from the game mechanics of the old skirmish/RPG game, Laserburn. In that game shields could negate the damage of a certain number of attacks (20) before failing, and they had the chances of failing each round anyhoo, just from the volume of attacks inflicted. Explosions could outright destroy or knock out shields. For simplicity's sake, I modified this to three grades of shield: 3 hits, 6, and 9 hits. Explosions took out shields 3 in 6 times. If knocked out, a shield would recharge to 1/2/3 hits at the end of each round with 1/6 chances. Simple right? Mechanically obvious, and dramatic when the Referee exclaims as shields burst and flicker out of existence. But one problem. Lots of logistics to manage for the Ref if a swarm of mooks have shields.

The above idea would work quite well if used in settings where such technology were very rare and/or expensive, especially if it's alien artifact tech.

So where'd I go next? I tried another obvious approach: shields as supplementary "Hits". And made up six levels of shielding, each recharging 1/3 Hits every round not attacked. These escalated by: 3/6/9/12/15/18. The last two levels were reserved for vehicles or shielded pieces of terrain/equipment. Sounded good, but still the logistics in a multi-man-melee bothered me.

-shield level blocks that number of individual dice of damage until depleted.
-shield blocks 1 damage per die by shield level.

The last two work particularly well for the firearms damage matrix I made, based somewhat on the number/hits inflicted from ranged attacks, from games such as Fokker and Chainmail's archery kills. However, Character Rank + weapon skill improve numbers as opposed to how many people fire. There are four small matrices thus for different types of damage potential.

So, in such a situation, what would you, the reader, do?

A Fundimental Future Feature is in a Threatened Space.

The author of an ebook, titled "Spots the Space Marine", has recently come under flak from big-box-business Games Workshop, and I'm sure all but two of you know who they are. Ah, but the problem here isn't author M.C.A. Hogarth participating in fraudulent activity, and impeaching upon the tarnished name of Games Workshop. Rather it is that he is being bullied by the company for using the term 'Space Marine'.

What's so big a deal with that? Certainly any science fiction fan worth their salt, knows how long this fundamental trope has been a part of its literature. The earliest known use dating back to 1932 in Bob Olson's "Captain Brink of the Space Marines", and more widely known within the works of Robert Heinlein and E.E. Doc Smith.

Now this isn't a simple case of one person getting pushed around, and threatened with a legal battle that doesn't truly have grounds for happening. What is the case, is that the more times they can successfully bully the case, the more credence they will appear to have. All big companies do this, because they know the majority of little people they trod on will get lost in the shit-storm that ensues. "How do I defend myself?", "I can't afford the lawyer(s)!" and etc. to that effect.

Funny thing too, given that the same sort of crap Games Workshop can throw at little M.C.A Hogarth, or in another case and make of that what you will, Chapter House Studios, it won't bother with video games giant, Blizzard. When Warcraft was turned down as a Warhammer Fantasy game, they edited it slightly and sold it, and Starcraft is just as guilty. And why is that? They can afford to fight them, and being pound-for-pound and then some, would just as easily throw Games Workshop off.

So if you can support this man, or any other in a similar situation, it'll be one more victory against big business. For further reading, or ideas on what to do, follow through to the author's personal site. Thankfully a number of people have given him some good advice, 'cause he needs it!

The Place of Giant Animals in Fantasy

While originally a strong trope of the fantasy genre, (and often science fiction too), the giant animal seems to have been misplaced by the modern fantasy community. So why is this; are they boring, over-used, or simply the abandonment of a society that has moved on? I should note for the gentle reader, that I recognize the trope is still in use by a number of writers and RPGers, myself included, but it goes without saying, that the beasts have become eschewed for strange amalgams of colour, and parts. Made-up species, one and all.

So why is the giant animal an under-utilized asset of the genre? All too often those parties concerned call them unimaginative. After all, what the hell is up with all these giant rats, bats, and gekkos milling about the old cave/labyrinth/dungeon from Crete? Fear, friends. Take if you will the wolf spider, a charging land predator, and not such an arachnid as would use a web. When I was little we would make play of chasing the things, amazed at their speed for something so small. Now imagine, the same creature about the size of a man, or possibly a large dog. And further imagine the scaled anatomy of this thing: its alien visage, the mandibles, expressionless, body-language-lacking thing, with its set of multifaceted eyes. It wouldn't be any such matter of escaping such a beast, no, but a matter of how long before it overcomes you, and takes you. Some fear even the smallest, most harmless of arachnids, never mind gargants.

Furthermore to the topic of fear; we can see that most traditional giant animals are those most commonly feared. The previously mentioned spiders, reptiles of many sorts, rats, and any myriad of invertebrates all stood tallest. And maybe it was the lack of appreciation for how truly terrifying and dangerous these things become when they shadow men, and can be looked at closely without a microscope.

One of my favourite pictures ever of giant animals, was a giant-sized, otherwise ordinary, monitor lizard casually snatching up an army of medieval-era soldiers. That's scary; the things that prey on us. Not being at the top of our presumed food-chain is a concept modern man is quick to deny.

Can it be said the very trope is unimaginative? Possibly, but let's not forget the giant beasts that once roamed the earth in the vast stretch of time known as 'pre-history'. The many species of dinosaur and reptile from millions or years passed, aren't called 'thunder lizards' for nothing. Hell, even a good number of the insects then were ludicrously massive by modern standards. Imagine dragonflies large enough to give the impression a helicopter was flying nearby. And this is all before we get to the more recent stuff. Such as the dire wolf, Megaloceros, Megalodon, titanoboa, giant squid, and etc. Is it so truly an artistic crime if Mother Nature herself dabbled in megafauna? Thankfully there hasn't been a quite proper match to the nefarious ROUS (Rodent Of Unusual Size) yet, unless one counts the giant beaver. (snerk)

Am I yammering to the wind, or has it seemed to the reading audience that there is indeed water in my moat? While it is a generalization made on my part, I find the common trend in current Fantasy, to be a bit too much 'fantastic', in all facets of its makeup to remain receptive for the simplistic, traditional concepts of the fairy tale.

Also, I'll dedicate this last bit to wish the fine folke a productive and pleasant new year, and to many more.
Transmission// Joshua at 9:19 p.m. 60 comments: 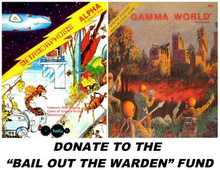 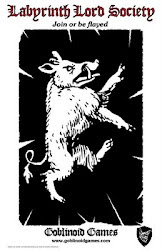